A call for diversity and more transparency

Home > Malta > A call for diversity and more transparency

A call for diversity and more transparency

The Equality Bill as presently formulated has several shortcomings

The quest for social justice, equality and the adherence to fundamental human rights has always been embraced by Church schools. As many students can attest, our schools safeguard and promote these values – which is why we welcome initiatives such as those included in the draft legislation Equality Bill 96 and 97.

We are stakeholders in the national effort to promote equality but we are also educators with a mission and a duty to uphold our school ethos and tolerance. We work hand in hand with those hundreds of parents who send their children to our schools to learn about our Christian faith and our ideals. We want a law which respects diversity, not one which is oppressive, imposes a bland uniformity on all and leads to persecution by prosecution.

This is the reason why we put forward proposals to Parliamentary Secretary for Equality Rosianne Cutajar. The Equality Bill as currently formulated has several shortcomings, several of which threaten freedom of religion and freedom of expression. The Venice Commission (European Commission for Democracy through Law) has also commented unfavourably on certain aspects of the draft equality legislation which shows that we are not the only ones to voice concern about it. The Independent Schools Association has also presented its amendments to the bill. Sources from other faith communities are also very concerned.

Our proposals to the parliamentary secretary Rosianne Cutajar were primarily twofold. In the first place, we want to continue our mission to promote and celebrate our particular school ethos by being allowed to employ persons who respected that ethos, particularly in the leadership roles within our institutions. School leaders are the interpreters of faith to the community. It is not discriminatory to expect the leaders of our schools who will perpetuate that ethos, who are not hostile to it and who will fashion a framework around that Christian ethos.

We want to retain the freedom to engage such educational leaders in this crucial role. We cannot understand why the parliamentary secretary is so adamant in closing the door to this eminently reasonable suggestion. The leaders of a political party, of trade unions are expected to embrace its ideals, so why are Church school educators and leaders being denied this right? Why is this being described as discriminatory only when Church schools wish to engage leaders who reflect and perpetuate their values? It is ironic to see that legislation, which is supposed to promote equality, is actually discriminatory in effect.

If the law is enacted as formulated, Church schools will have next to little choice as to whether to engage persons who are openly hostile to their values. This is utterly disrespectful of the hundreds of parents who wish their children to experience religious values and norms in a communal educational setting. There are parents who wish to send their children to Church schools specifically for this reason. 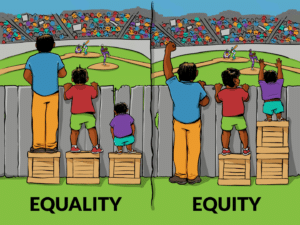 We want a law which respects diversity, not one which is oppressive and imposes a bland uniformity on all

Relegating religious values to a 40-minute slot during a religion lesson is not what the parents wish for their children. Such values are imbibed during all lessons, activities and extracurricular outings and yes – we would like to be able to engage people who are willing to participate in these holistic activities. We don’t understand why Cutajar continues to describe this as discrimination. We are hurt to see her thinly veiled attacks on us, describing us as “the privileged few” and portraying us as being hostile to the LGBTIQ+ community.

It is a known fact that members of this community form an integral part of educational communities – even at senior management level. We value them and appreciate their contribution just like anybody else.

We also asked the parliamentary secretary to introduce a clause to allow persons to register a conscientious objection based on belief, creed or religion to perform, participate, endorse or promote any measure. This was deliberately misrepresented as a request for a licence to discriminate.

It is nothing of the sort. On the contrary – forcing people to participate or endorse acts to which they object because of deep moral objections is undemocratic and despotic.

The right to conscientious objection is recognised in many democratic states. In the Declaration on the Importance of Strengthening the Fundamental Right to Freedom of Conscience made in Brussels, on April 21, 2016. Members of the European Parliament stressed that freedom of conscience is a fundamental right that needs to be protected everywhere.

Only recently, 14 associations representing various medical specialities called for the inclusion of a conscientious objection clause in a new law on equality, currently before parliament. The associations stated that “Doctors should not be faced with clinical situations where they are forced to act against their ethical convictions or be deemed liable if they exert their freedom of conscience.” Like us, their support for the introduction of a conscientious objection clause is also motivated by the implications of the supremacy clauses included in the bill. These will allow the new law to override criminal and civil laws if a matter of legal contention arises.

Despite these repeated pleas to listen to reason and experts in the field, our suggestions have not been taken up. The process by which the bill is being passed through parliament is obscure and not transparent. It is a pity that stakeholders’ concerns and suggestions are not being taken on board. We are ready to continue promoting non-discrimination in good faith. We hope that our proposals will not continue to fall on deaf ears.