A medical professor who had been involved in the drafting of the existing IVF legislation has branded proposed changes to it as “chilling” and “irresponsible”.

University of Malta lecturer Prof. Pierre Schembri Wismayer gave this scathing review when asked for his reaction to the government’s plans from a medical perspective.

In 2012 he had been involved in the consultation held in the run-up to the drafting of the Embryo Protection Act which regulates IVF.

He summed up his assessment of the proposed changes as tantamount to a document prepared over the weekend by somebody high on energy drinks.

“If such proposals were put forward in an exam paper, the candidate would have surely failed,” he said.

Among the proposed changes, embryo freezing and adoption are arguably the most controversial.

Prof. Schembri Wismayer noted that obliging couples who are interested in IVF treatment to give their consent to embryo adoption was probably a first.

“It is as if they are being blackmailed to give away their own embryos for adoption in case these are not required.”

Adoption, he said, might sound like a good compromise to avoid embryo destruction but in reality such a course of action would open a can of worms.

“No couple will be interested in adopting an embryo. People are being deceived,” he said.

“A gay couple would rather use their own egg or sperm to have half of the baby’s genetic composition rather than adopt an embryo belonging to third parties with no sense of belonging whatsoever,” he added.

Moreover, he noted that embryologists would be selecting the “best two” embryos out of the permitted five for IVF treatment to have a higher probability of success. 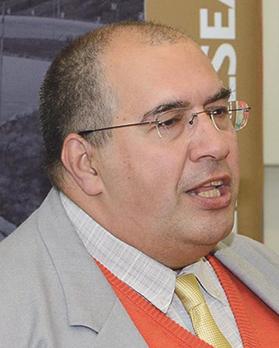 “This means that the rest, which will be frozen, will in actual fact be less healthy embryos. This will further reduce the chance of these embryos being adopted.”

Regardless, of these considerations, Prof. Schembri Wismayer warned that there would still be the risk of frozen embryos being destroyed, as statistically one in every three dies in the thawing process.

The expert also subscribed to concerns that embryo adoption opened up the possibility, albeit a remote one, of persons being in a relationship with their own siblings without their knowledge.

“Much depends on the safeguards in place to ensure that the same person can only donate sperm or eggs once in their life. In this respect, the Bill says very little on the checks and balances which will be in place,” he says.

Another major concern raised was on the level of screening to be carried out on donors to detect certain hereditary diseases such as thalassemia, which is common in Malta.

“At present tests are carried out on both partners if it transpires that one of them suffers from it, and if they both test positive, their children are highly likely to suffer as well. In this case such screening cannot be carried out since the donor’s identity will be anonymous.  How will these diseases be screened? Will this result in genetic testing?” he questioned.

The Bill also says that when they turn 16, children born from an adopted embryo may check the medical records of the parents in case of serious diseases.

“How will they be able to do so if the records will be kept anonymous?” he asked again.

On the other hand, he argued that banning anonymous donors might then pose the problem of putting off anyone interest in donating their sperm or eggs.

There are also issues over surrogacy in cases where children are born with certain conditions like Downs’ Syndrome. Prof. Schembri Wismayer warns that there have been cases abroad where the prospective parents have refused them.

“Yet, it is being proposed to introduce surrogacy through a legal notice, not even a proper legislation,” he noted.

“IVF is being handled in the most irresponsible manner. This is not some controversy over fuel pump policy. We are dealing with human life here.  The very idea of enacting such a law in just a fortnight is chilling. It beggars belief that such a Bill has been presented in the first place to legislators,” he said.