Victory for life and family at the UN!

Home > Malta > Victory for life and family at the UN!

We made a difference last week at the United Nations. Thanks in part to thousands of Citizengoers, the anti-family and anti-life agenda did not advance at the Commission on the Status of Women.

I hope you received my note last week regarding CitizenGO’s activities at the United Nations. Six members of the CitizenGO team travelled to New York City to defend our shared values at the 62nd Commission on the Status of Women. Our team travelled from Slovakia, Hungary, Canada, Kenya, and the United States to bring your voice to the UN.

I am happy to report that we were successful on each of these fronts!

These are just a few of the ways we saw victory for life, family, and freedom at the 62nd Commission on the Status of Women.

How did CitizenGO help make this possible?

During our time in New York, we encouraged country delegates to push back against the “abortion rights” and “gender ideology” movement at the UN.

We delivered over 150,000 petition signatures to country delegates. We had nonstop conversations with delegates and NGO representatives in the halls of the UN. We handed out hundreds of pamphlets that discussed the dangers of Comprehensive Sexuality Education. We partnered with Family Watch International to co-sponsor their rally against Comprehensive Sexuality Education. We attended and supported events that discussed the cultural imperialism of the abortion movement, that called out the eugenic movement against down syndrome babies, and that supported other worthy causes.

These are just a few of the ways we acted to encourage the pro-life and pro-family movement at the United Nations.

And our actions made a difference! Just ask the liberal lobby at the UN. In a UN Dispatch, a Program Officer for International Policy at the International Women’s Health Coalition specifically called out CitizenGO for pushing back against “sexual orientation and gender identity” and “sexual and reproductive rights.” Jacobson states:

Unfortunately, we have seen a massive influx of anti-human rights and anti-gender equality organizations occupying the space, blocking progress and spreading misinformation. Last year, for example, a European organization called Citizen Go brought their “hate bus” to the CSW. These groups have brought an intense polarization based on lies to some of the most important topics that the CSW should address, including sexual orientation and gender identity, sexual and reproductive rights, and child, early and forced marriage. This polarization is incredibly damaging at the CSW because it operates through consensus. The result is that on some key issues a small group of anti-human rights countries water down commitments to the lowest common denominator – they’re basically negotiating our human rights away.

We know we are doing something right when we are called out for resisting the anti-life and anti-family ideology at the UN. Congratulations!

We also made a difference in the minds of individual delegates.

Many delegates willfully push for comprehensive sexuality education despite its evils, but many others are simply ignorant of the evils present in the curriculum. We provided information to these delegates and opened their eyes to these evils.

I wish I could tell you more about each of the conversations we had, each of the events we attended, and each of the ways we saw hearts and minds change, but I know you are busy. I hope this message encourages you and shows you that your voice was present at the United Nations last week!

Thank you for standing with us to defend life, family, and freedom around the world. We could not do our work without your support.

P.S. I want to leave you with a few photos from our time at the UN. As you can see, we kept ourselves busy! 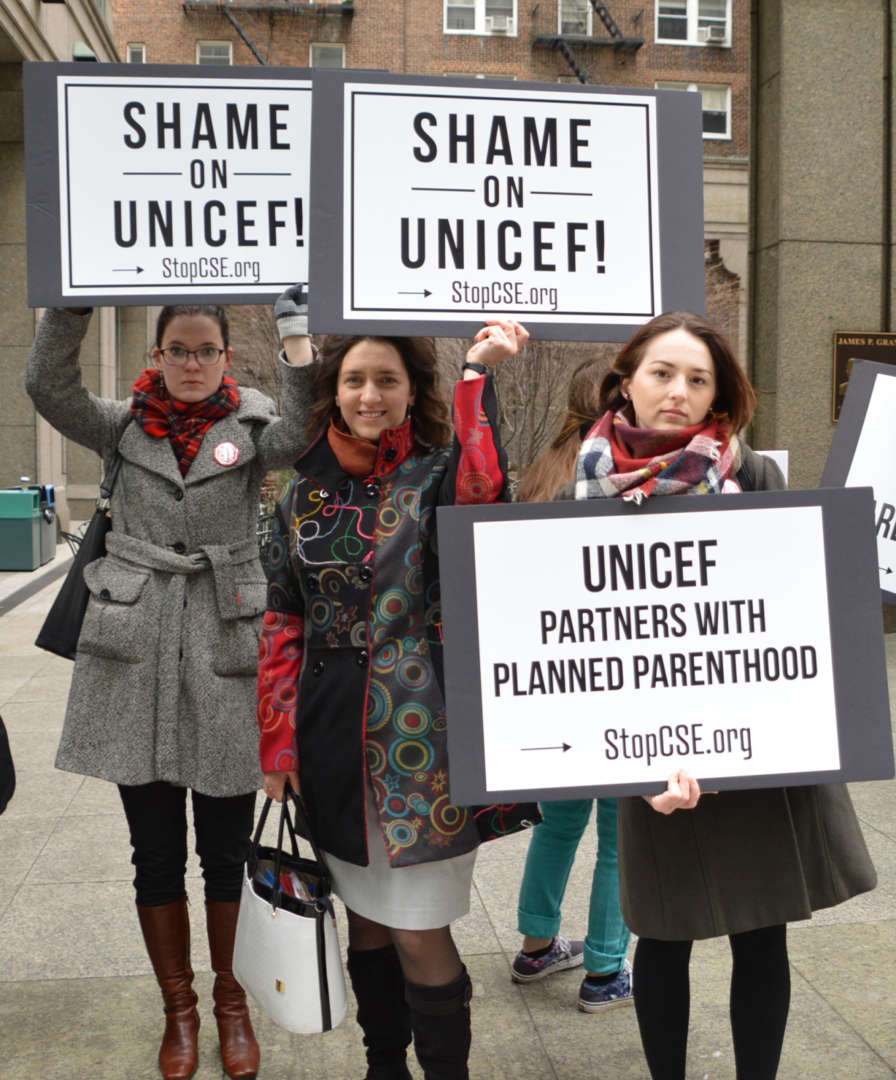 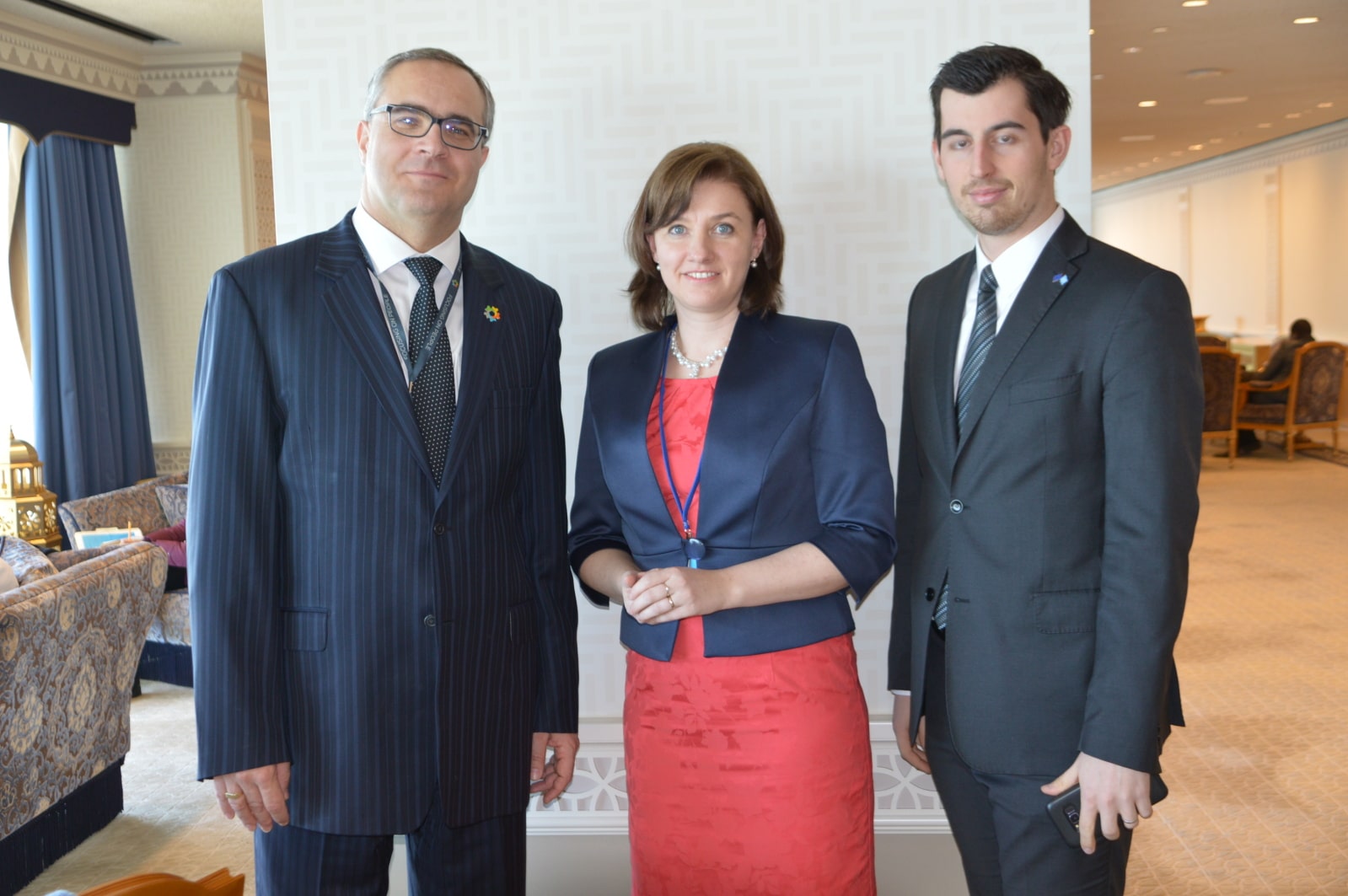 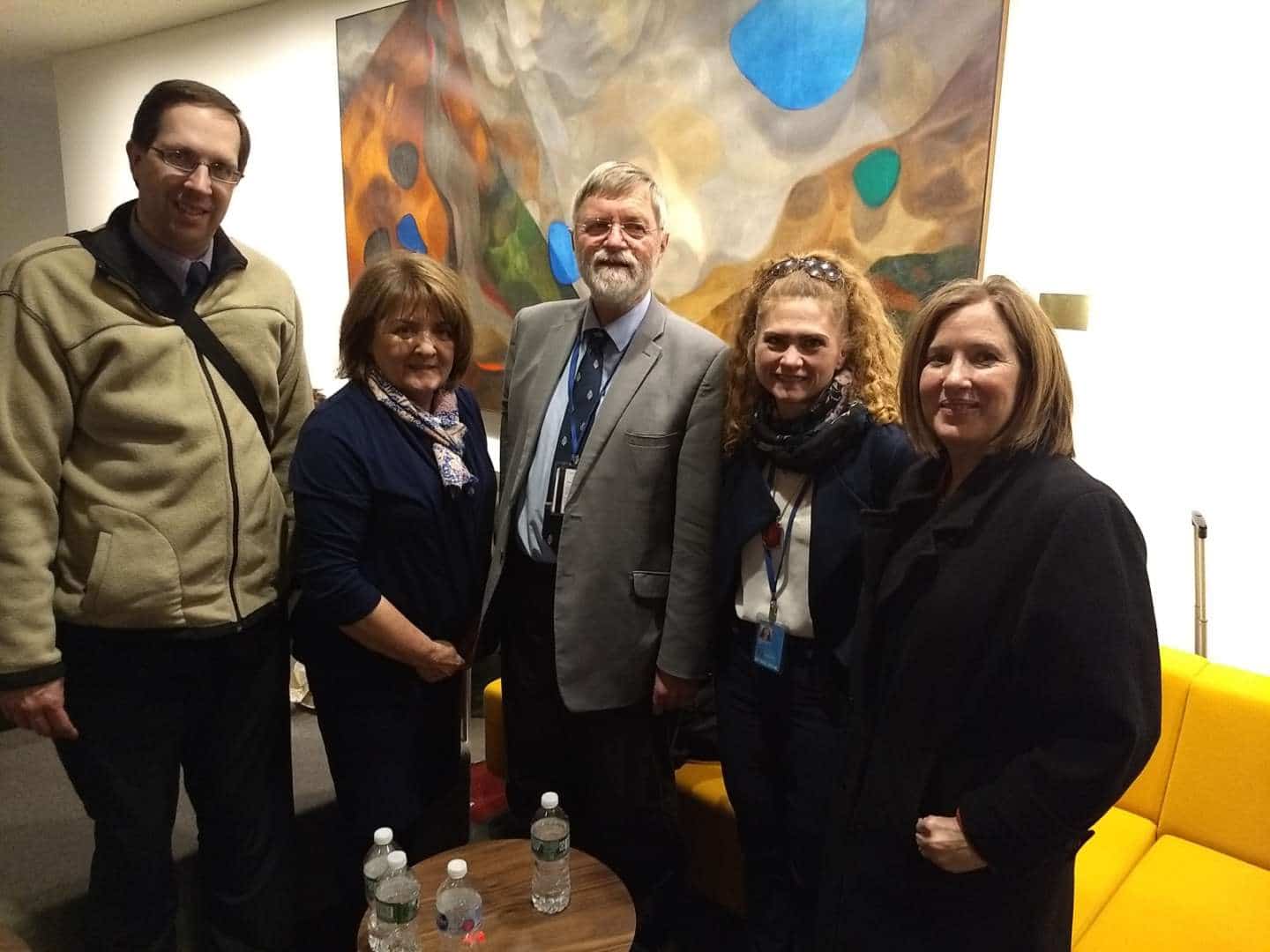 CitizenGO Canada representative David Cooke (far left) with representatives of other NGOs. David stayed at the UN until 5:00am on Thursday to encourage pro-life and pro-family delegates during heated (all-night!) negotiations. 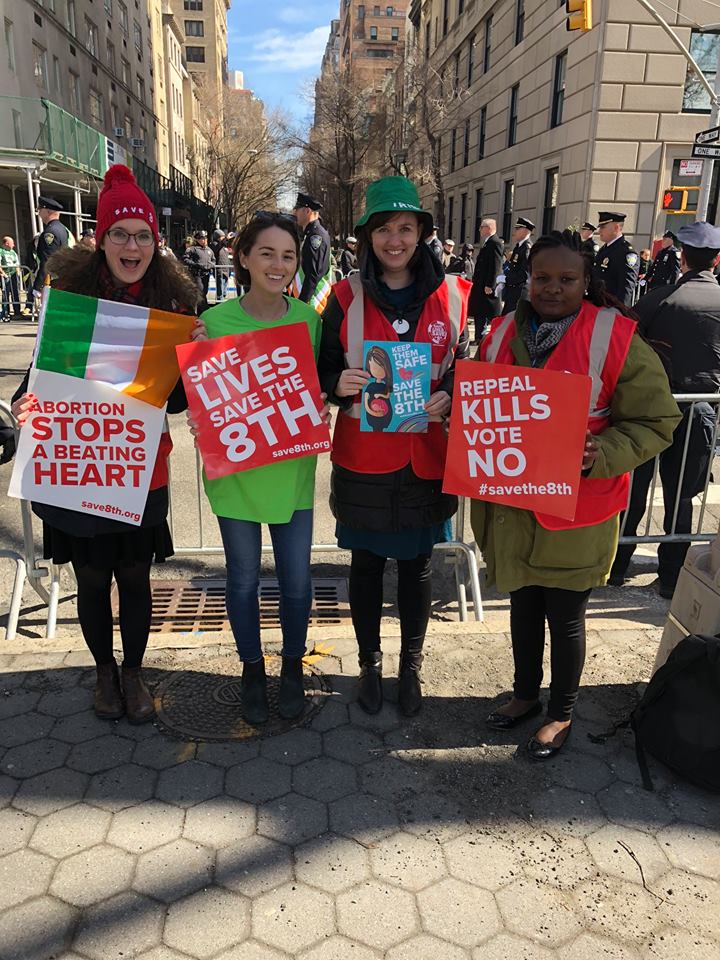 CitizenGO representatives Eszter Zaymus, Caroline Craddock, Miriam Kuzarova, and Ann Kioko at the St. Patrick’s Day Parade in New York. We took an afternoon to lobby for the pro-life movement in Ireland. 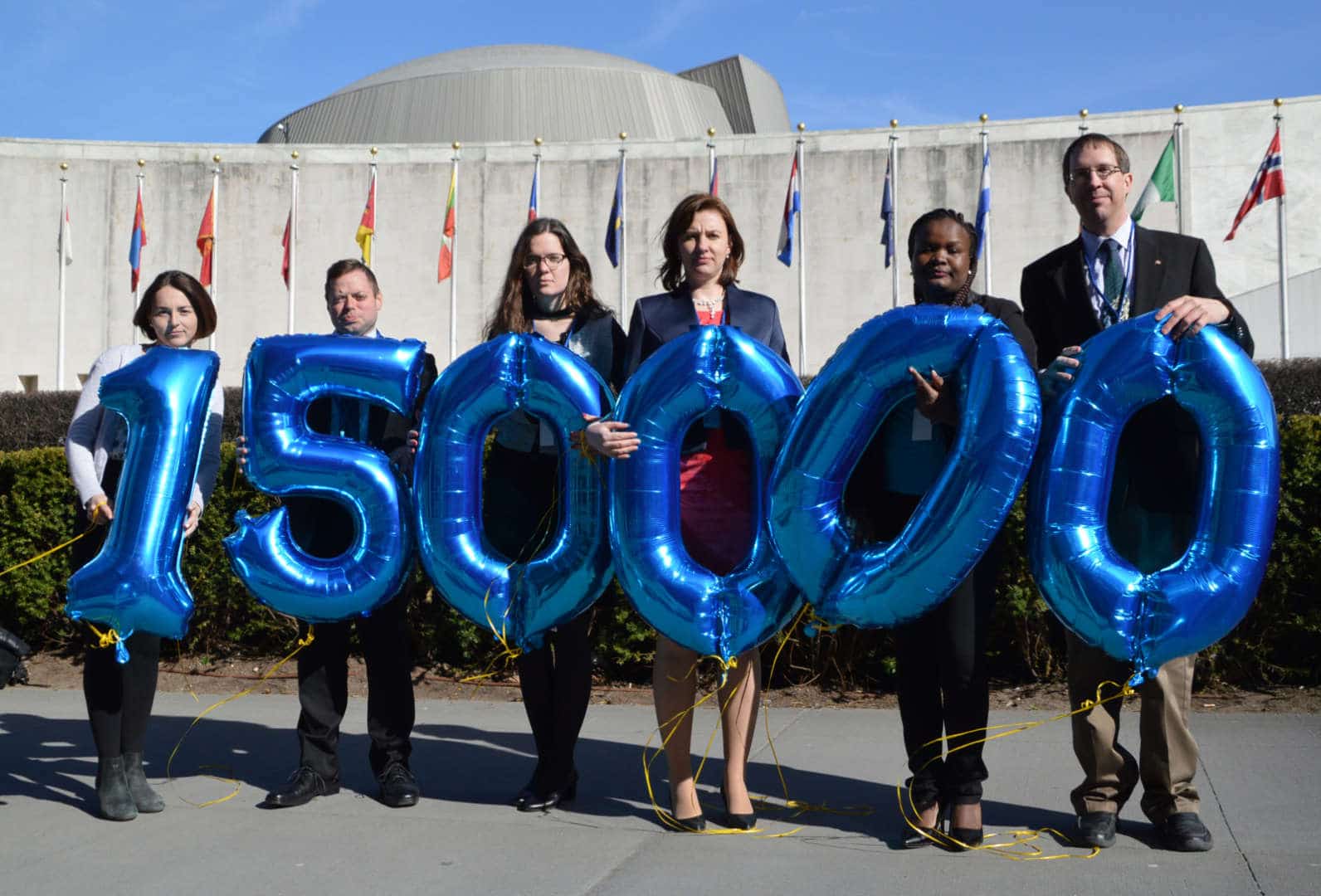 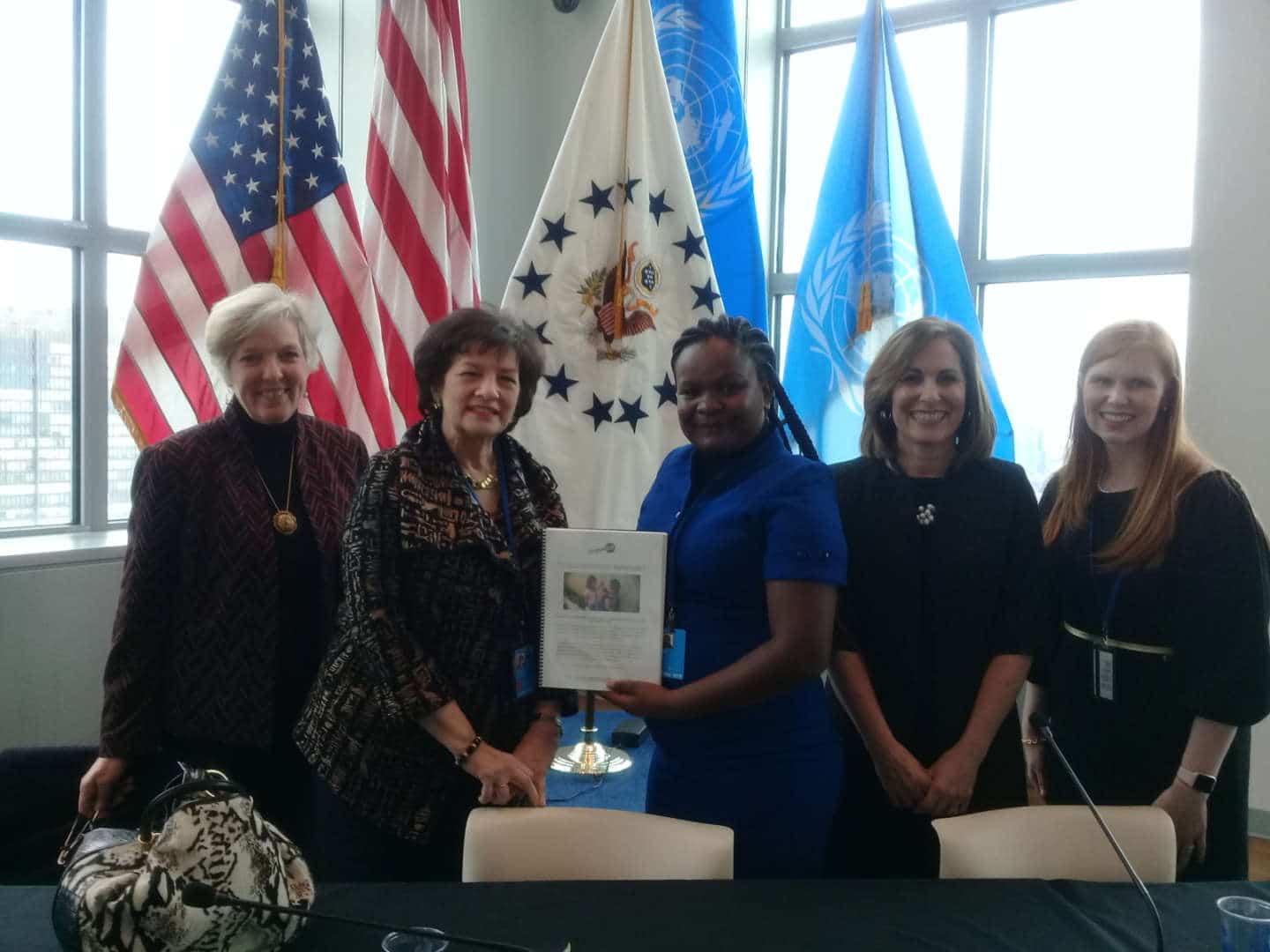