During the months when the Coronavirus pandemic was at its peak, Dar T’ghanniqa T’Omm (Mother’s Embrace Home) received a number of calls from both local and foreign women, overwhelmed and panicked when they found out they were pregnant.

To contain the spread of the pandemic, flights were suspended from 21 March up until 1 July, leaving women who found themselves in an unwanted pregnancy feeling concerned, panicked and alone.

During that period, the women’s shelter received nearly 80 calls from women coming from different backgrounds and situations needing support and reassurance. “We received all kinds of calls; including mothers who gave birth but had no more money because they had been made redundant, so we would provide them with food and support. There were also women who had unplanned pregnancies and were not sure what the next steps were,” said Christie.

She explained that, during COVID-19, many mothers felt stressed and in a state of shock when they found out they were pregnant. “We were there for these mothers every step of the way. We supported them, accompanied them to any appointments they had, we just wanted to make sure that the mothers felt safe.”

The helpline also received calls from women who were considering an abortion. “We always leave the decision up to the mother; we never tell them what to do or judge them. Our councillors speak to these women to see what they need and how we can help, but at the end it is always up to the mother to decide.”

She explained that some women, and also men, call the helpline after the abortion has taken place. “We have received calls from men, some of whom felt guilty for pushing their partner to have an abortion, or who needed support themselves after their partner had an abortion. Whatever the case, we support them, and our councillors help them to grieve and come to terms with their guilt.” 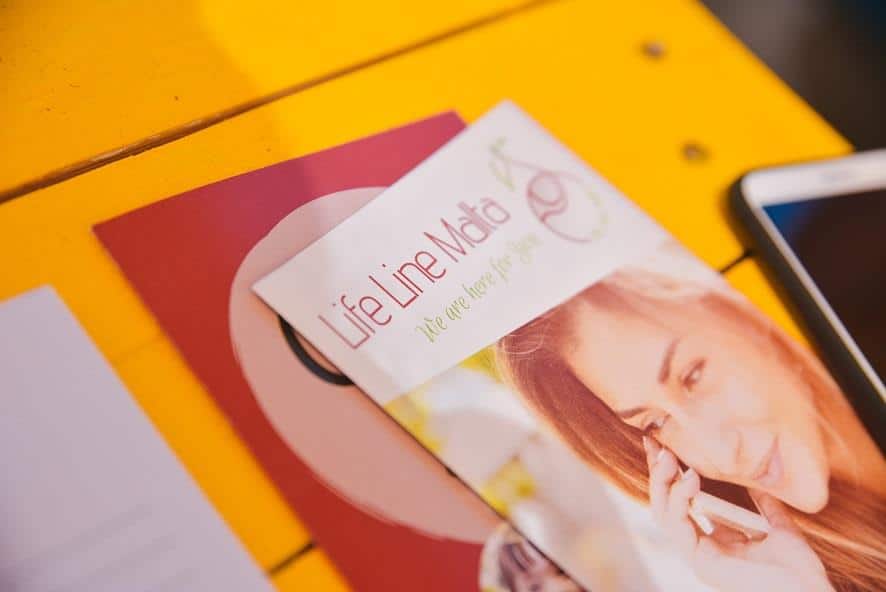 We go through the whole journey with these mothers

The shelter, which was set up back in 2018, is run by Life Network Malta, a pro-life NGO, which welcomes women and mothers experiencing crisis pregnancies. The shelter currently hosts five mothers.

Christie explained that the Foundation began receiving a number of calls from mothers who needed help and that at the time there was no specific shelter which helped homeless pregnant women who are more likely to have an abortion. “We had mothers who would want to carry out their pregnancy but were scared of losing their accommodation, or else mothers who were kicked out by their parents who disapproved of the pregnancy. We are there to help them and provide the support they and their child need.”

She said that mothers who come to the shelter not only find a roof over their head but also are provided with the support and information they need as new mothers. She explained that she, volunteers and councillors work together to provide the mothers with a caring support system. “We become a family, we help the mothers throughout their journey and the shelter is run in a household manner.”

The volunteers and councillors provide the mothers with the necessary life skills, such as time and money management. “We even help them send CVs … whatever we can do we help them as much as possible.”

Christie recalls how, during COVID-19, the mothers had to remain inside the shelter and how one mother had to go into labour on her own in the hospital. “Unfortunately, we had to cut down the amount of volunteers coming in but we continued counselling sessions online or over the phone; we never stopped.” She said that she kept going to the shelter because she realised that the mothers felt lonely at times and the staff came up with different activities to do inside during that time.

The shelter also donated to 38 families in need. It provided food, baby milk, nappies, clothes and other items which mothers might need.

Anti-human rights? We support a mother to give birth to her child

In recent news, Voice for Choice, a pro-choice NGO working for reproductive rights have expressed its disappointment that the government donated €130,000 to Dar Tghannieqa T’Omm. “By providing funds to LifeNetwork Malta, the government is supporting an anti-human rights agenda, and this is completely unacceptable,” it said.

Christie highlighted that the extra funding donated by the government will help pay for care workers to come and stay at the home during the week. Funding will also help with keeping up maintenance of the house, and providing a better programme for the mothers.

This is a independent.com.mt opinion piece