Pro-life protests have taken place across Ireland in response to the shocking revelations about the nature and extent of the late-term abortions now occurring in Ireland.

Published in the British Journal of Obstetrics and Gynaecology, September 2020, a report confirmed that babies are being aborted via foeticide, where the baby receives a lethal injection of potassium chloride into the heart. Doctors in the report described late-term abortion as “‘brutal’, ‘awful’ and ‘emotionally difficult’, referring to it as ‘stabbing the baby in the heart’, and held themselves responsible for the death of the baby”.

The shocking study was raised in a debate on Thursday 4th December in the Dáil (the Irish Parliament). The Minister for Health, Stephen Donnelly, failed to show up to answer questions from concerned TDs (Members of Parliament).

Niamh Uí Bhriain of the Life Institute, the group organising the pro-life vigils said: “There can be no cover-up in relation to these absolutely appalling revelations and the horrific treatment of babies in late-term abortions”.

“During the 2018 referendum, voters were assured that late-term abortions would not take place. They were told that in the case of an advanced pregnancy and where the baby had a severe anomaly, the baby would simply be delivered. This study has shown those claims to be untrue. The paper notes that ‘Ireland’s legislation is without gestational limits so creating opportunity for late TOP (termination of pregnancy) following FFA (fatal foetal anomaly)”. The horrific reality is that babies are being given lethal injections into the heart in late-term abortions and babies are also surviving abortions and not receiving care”.

“We will not allow the Health Minister to sweep this under the carpet. He must investigate and then he must take action to stop this barbaric practice from happening”. 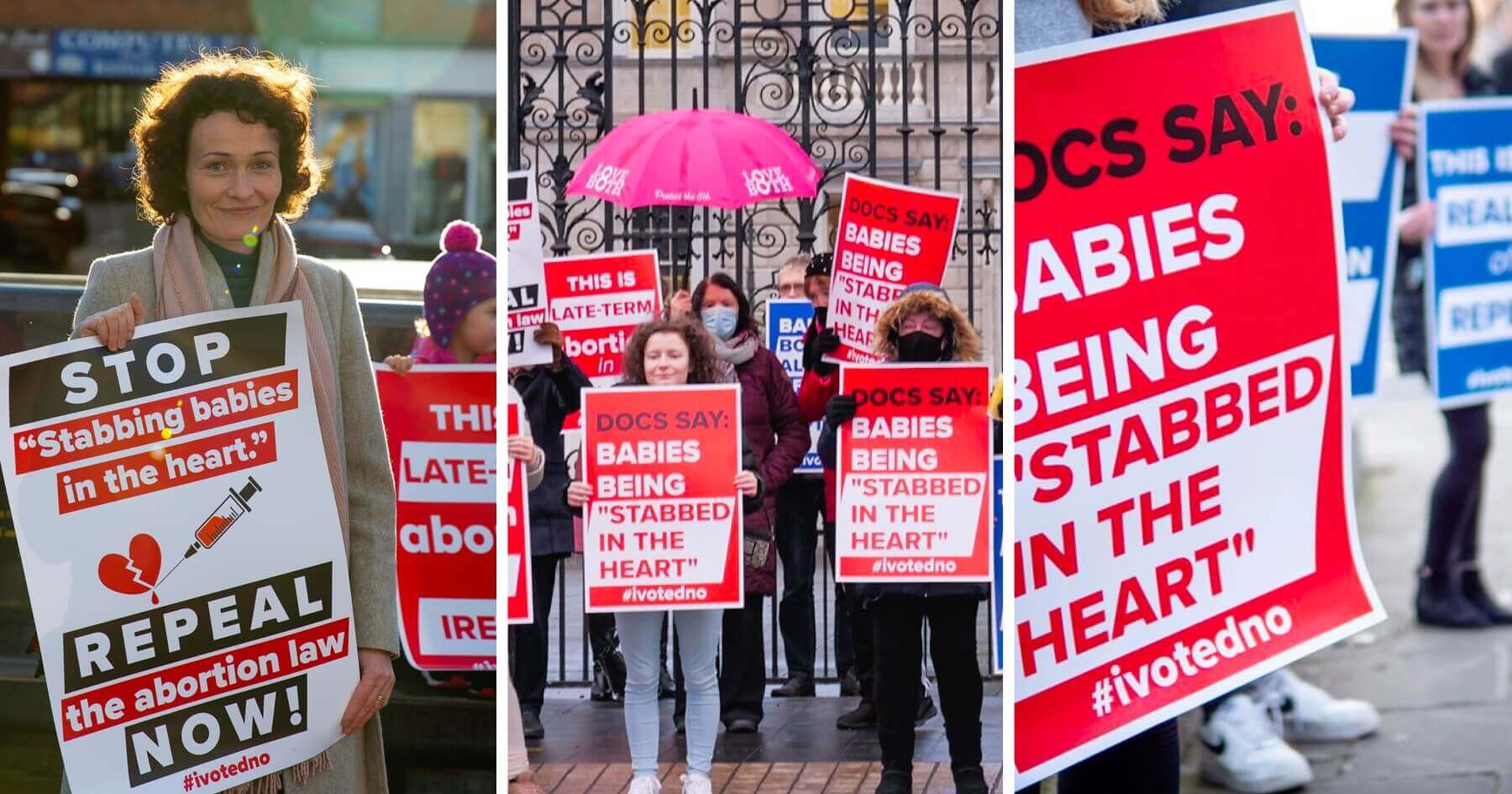 Independent TD for Tipperary, Mattie McGrath, said the report made for “grim reading”. He said what was revealed in the paper was shocking, unspeakable and had to end. He added that the Minister for Health during the time of the referendum, Simon Harris, dismissed concerns from TDs on this issue in 2018.

Carol Nolan, Independent TD for Laois Offaly, said TDs were assured that babies would never be born alive after abortion and left without care but that it was now happening. “What are you going to [do] about this?” she asked the government, adding that it was shameful that the Health Minister was not here to take questions. “It’s barbaric and shameful.” she said.

Abortion legislation in Ireland permits abortion throughout all stages of pregnancy if the baby has a disability such that doctors can form a ‘reasonable opinion’ that the baby is likely to die within the first 28 days of his or her life.

Late-term abortions typically use a procedure known as ‘foeticide’, whereby the baby is killed in the womb, before inducing labour so that the mother gives birth to a dead child. This involves the injection of potassium chloride directly into the baby’s heart to end the baby’s life.

The Royal College of Obstetricians and Gynaecologists (RCOG) says that “failure to perform foeticide could result in live birth and survival, an outcome that contradicts the intention of the abortion”.

The administration of potassium chloride in executions in the USA is considered so painful that it is necessary to first administer an anaesthetic before its use. There is, however, no such obligation to use painkillers in late-term abortions, despite the mounting evidence that the unborn baby is capable of experiencing pain and distress.

Spokesperson for Right To Life UK, Catherine Robinson, said: “Irish pro-lifers are absolutely right to protest against the extremity of abortion as revealed in this report. Through its interviews with those who actually perform abortions, the report shines a light on the total inhumanity of the whole process, and many people in Ireland are rightly disgusted”.

This is a Righttolife.org opinion piece