Miracle baby leaves hospital after being born at 23 weeks

Miracle baby leaves hospital after being born at 23 weeks

Baby Millie Bushell is now at home with her parents following a nearly 15 week stay in hospital after being born at just 23 weeks – 17 weeks prematurely and one week before the legal abortion limit.

Since her premature birth, Millie has been at three different hospitals and had a score of treatments, including a heart operation, treatment for seven infections, and multiple blood transfusions – all during the coronavirus pandemic.

Tiffany and Matthew Bushell had dreamed of starting a family since they met 12 years ago.

However, they quickly ran into fertility issues once they started trying to conceive.

After four or five years and an IVF treatment, Tiffany became pregnant with their first daughter, Ruby. Just 24 weeks in, however, Tiffany went into labour and Ruby was born weighing just 1lb 5oz. 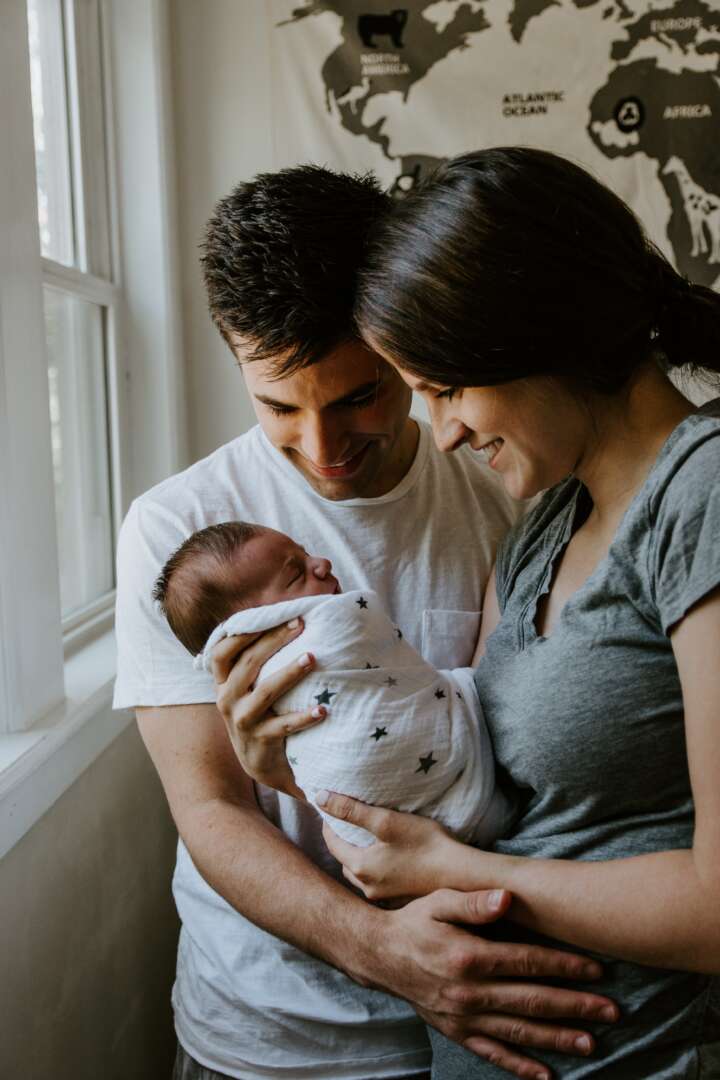 A year later, Tiffany and Matthew were shocked to learn they were pregnant again, this time without fertility treatments.

And, when she went into labour at 23 weeks, she felt history was about to repeat itself after losing Ruby just 18 months earlier.

“The pregnancy was going really well,” Tiffany told The Mirror. “I was obviously being monitored for anything because of what happened last time, and then at 20 weeks I went in for a routine scan and my cervix was open, so I was taken down for surgery to put a stitch in place. Then three weeks later Millie decided she was coming.

“My waters broke at home so we went to Watford, but we had to be transferred to Chertsey in Surrey, as it was safer for her to be delivered in a level three neo-natal unit because she was so premature.”

Millie was born at St Peter’s Hospital, Cherstey at 2.06pm on 26 April.

Initially, she did not require a ventilator, however, after two days she began to have difficulty breathing and was immediately put on one.

According to her parents, “that was when everything started to happen.”

During her nearly 15 week stay, Millie had a score of treatments, including a heart operation, treatment for seven infections, and multiple blood transfusions – all during the coronavirus pandemic.

In addition, she was transferred to different hospitals twice — once for heart surgery at St Thomas’s in London and a second time to move closer to her parents home at Watford General Hospital.

“She had chest infections from being ventilated, she had the hole in the heart which every baby is born with but they close within the first few hours, but Millie was so premature it didn’t close,” explained Tiffany.

Despite multiple infections, she has continued to grow and feed well and weighed 5lb 4oz when she was allowed to go home with her parents in August.

Millie still has a long journey ahead of her, according to her father: “She’s on oxygen 24 hours a day but a nurse comes every week, so we’re hoping it’s going to be reduced to 23 hours soon.

“As she grows up we’re always going to tell her how strong and special she is. We must have taken 2,000 photos to show her when she is older. We’ll also tell her about Ruby.

“She’s had a tough start but what doesn’t break you makes you stronger. And we are so happy and very proud to be her parents.” 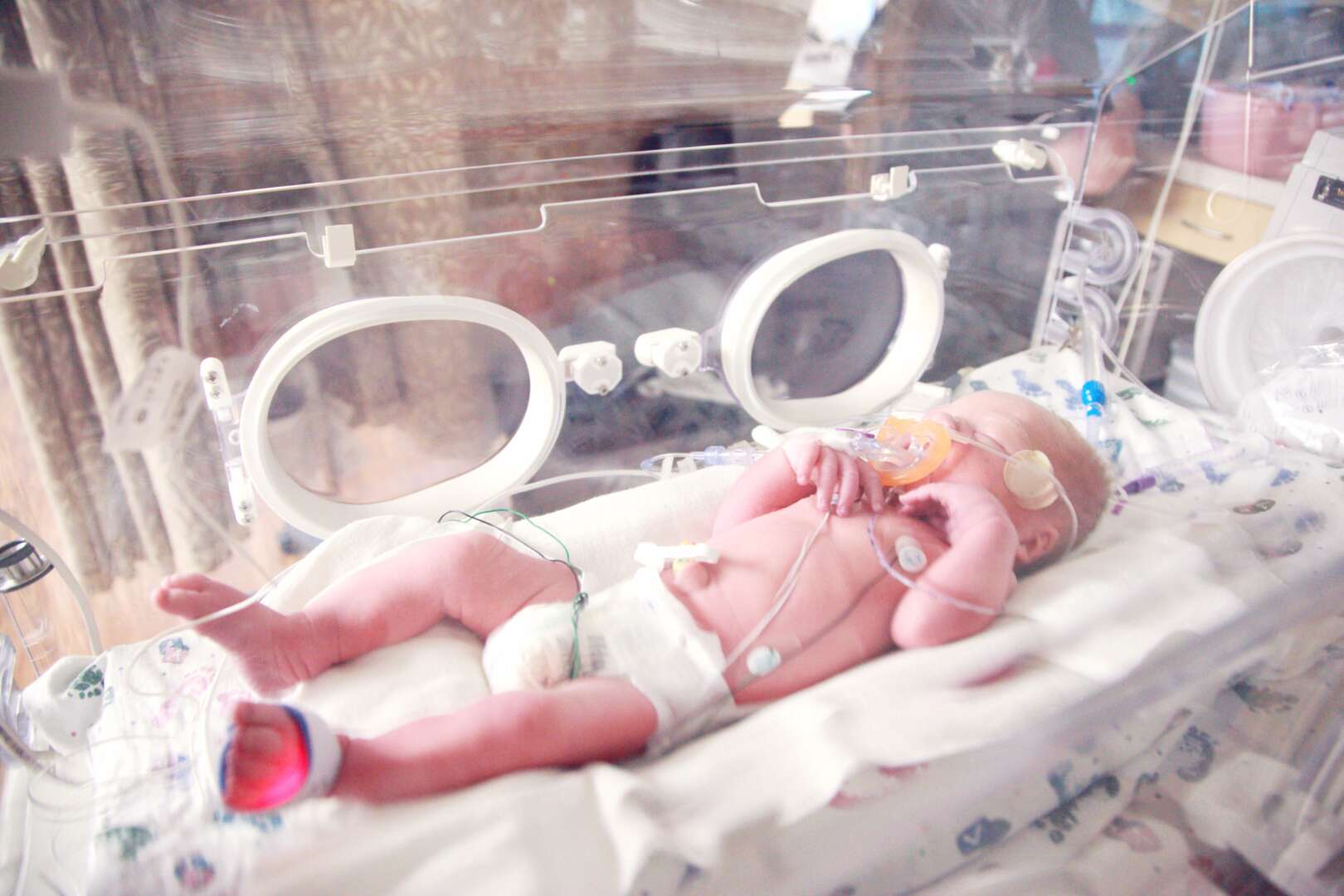 The survival rate for extremely premature babies has doubled over the past decade, prompting the creation of new guidance allowing doctors to try to save babies born as early as 22 weeks into a pregnancy.

In 2008 only two out of ten babies born alive at 23 weeks went on to survive. Today it is four out of ten, according to the British Association of Perinatal Medicine.

Once a baby passes 22 weeks, the chances of survival increase week-by-week due to technical advances, better healthcare planning and the increased use of steroids.

The increased survival rates have prompted calls to review the current law in order to help lower abortion numbers and save the lives of babies.

A spokesperson for Right to Life UK Catherine Robinson said: “This is something that Parliament should urgently revisit. It has been over a decade since time limits were last debated fully in Parliament, in 2008.

“There is a real contradiction in British law. In one room of a hospital, doctors could be working to save a baby born alive before 24 weeks whilst in another room a doctor could perform an abortion which would end the life of a baby at the same age. Surely this contradiction needs to end.

“This change in guidance adds further evidence to the need for Parliament to urgently review our current abortion time limit. We support any change in law that would help lower abortion numbers and save the lives of babies in the womb.

“It’s time that our laws were brought into line with public opinion, modern science and the rest of Europe.”

This is a righttolife.org.uk opinion piece posted on September 14, 2020