President Donald Trump today nominated federal appeals court Judge Amy Coney Barrett to be the next Supreme Court justice and that nomination has the strong support of pro-life groups.

“President Trump has chosen an absolute all-star in Judge Amy Coney Barrett to serve as our nation’s newest Supreme Court justice,” said SBA List President Marjorie Dannenfelser. “Amy Coney Barrett is a brilliant jurist in the mold of the late Justice Scalia, and President Trump could not have made a stronger selection to fill this Supreme Court vacancy. We have full confidence that the pro-life Senate majority will move swiftly to confirm her before the election.”

“An accomplished woman of bold conviction, Amy Barrett withstood outrageous personal attacks on her Catholic faith from pro-abortion senators with grace and integrity during her 2017 confirmation hearing. Judge Barrett has shown courage, wisdom, and brilliance during her tenure on the 7th Circuit. Her experience and expertise make her extremely qualified to serve on the nation’s highest court,” Dannenfelser continued. 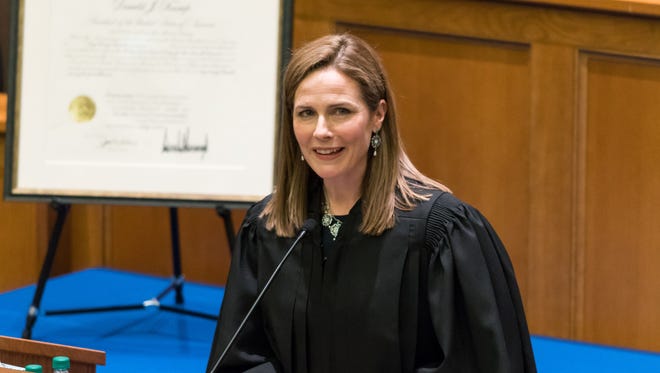 During her acceptance speech, Judge Barret talked about the correct approach a judge must take: “A judge must apply the law as written. Judges are not policy makers and they must be resolute in setting aside any policy views they might hold.”

That resonated with pro-life advocates like Carol Tobias, the president of National Right to Life.

“We commend President Trump for his nomination of an impressively well-qualified judge to the Supreme Court,” said Tobias. “Judge Barrett has demonstrated a commitment to defending the text and history of the Constitution and the principles of judicial restraint.”

She told LifeNews.com that President Trump’s nominee stands in stark contrast with the judicial-legislative activists who would be nominated by Joe Biden. Joe Biden has promised to impose a litmus test of his nominees. 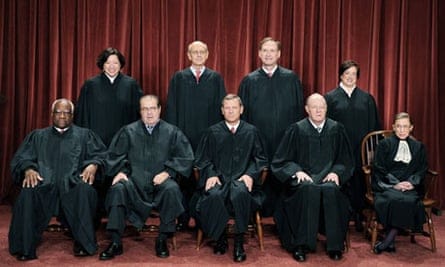 “Make no mistake—this confirmation battle will be over abortion because the Democratic Party and pro-abortion Democratic senators will oppose any nominee, no matter how qualified, if the nominee has not pledged in advance to uphold and maintain abortion on demand,” she explained.

“Democrats are prepared to engage in a scorched earth campaign in an effort to block an eminently qualified nominee,” said Tobias. “Shame on them. Shame on Democratic leaders in the Senate for their negative propaganda and for dragging candidates through the mud just so they can curry favor with pro-abortion groups.”

Barrett, a law professor at the University of Notre Dame and judge on the Seventh Circuit Court of Appeals, believes life begins at conception and has noted how both pro-life and pro-abortion legal experts have criticized Roe v. Wade as a bad decision. Barrett criticized the ruling for “ignit[ing] a national controversy” through judicial fiat.

Though her judicial rulings on abortion are few, she did rule in support of two Indiana pro-life laws during her time on the Seventh Circuit. She also has made several statements about the value of babies in the womb. According to the Law and Crime blog, Barrett signed a public letter in 2015 that emphasized “the value of human life from conception to natural death.”

Barrett, a mother of seven, was a former law clerk to Justice Antonin Scalia. Like Scalia, Barrett describes herself as an “originalist” judge. 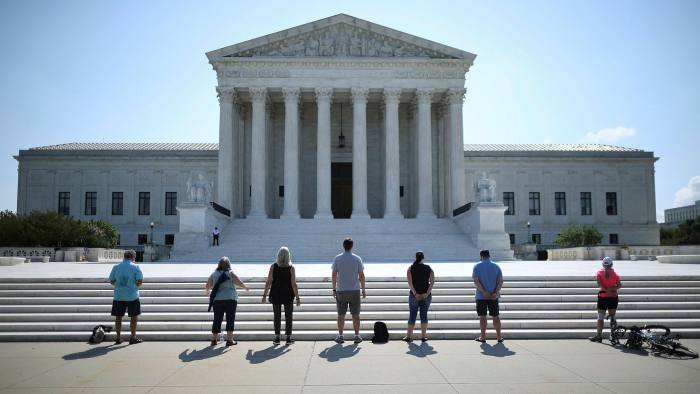 When it comes to abortion cases, Barrett has been on the pro-life side. She voted in 2016 to allow a hearing on a pro-life law from the state of Indiana that requires abortion centers to offer a proper burial or cremation for babies they kill in abortions. And in 2019, she voted to allow a hearing on another Indiana pro-life law allowing parents to be notified when their teenage daughter is considering an abortion so they can help her make a better decision for her and her baby.

Barrett and her husband Jesse have seven children, including two adopted from Haiti and a young son with Down syndrome. The Barretts live in South Bend, Indiana.