The Truth About Emergency Contraception (MAP)

The Truth About Emergency Contraception (MAP)

We have a duty as scientists and healthcare professionals – and as humans – to expose the fallacy that emergency contraception (EC) – the “morning-after pill” – is not abortifacient. To do this I have drawn up the following write-up, which is also a synopsis of a previous piece, which, also rests on the evidence given by other scientists and medical professionals who have contributed in this field, in scientific, medical, legal and ethical research and literature.

Two of the reasons why I am writing again is because it is disquieting that we are faced with misinformation again and that pharmacists might be obliged to sell ECs, even if it goes against their conscience and morals. It is not equality at all to be ok with offending the sentiments of a particular group in order not to offend those of another category. It is evident that this is exactly the opposite.

Despite all considerable evidence regarding the abortifacient effect of ECs, some continue to deride those who maintain that ECs are abortifacient. Their arguments can hold water, only if one accepts the definition of conception, that is, the implantation of a fertilized ovum, adopted by the American College of Obstetricians and Gynecologists (ACOG) in the 1960. For the rest of the world, or at least most of it, fertilization and conception are synonymous and mark the beginning of a new living organism.  (Charlotte Lozier Institute 2014, Sadler and Langman 2010, O’Rahilly and Müller 1996, Moore and Persaud 1993).

However, our modern abortionists have become past masters of double-talk and the art of equivocation. For example, they substitute product of conception for pre-born child or by using the word choice instead of abortion. A word like abortion is too ugly and violent and sends negative messages. Indeed, all abortionists see red when one insists on conscience rights and conscientious objection. They are the most belligerent votaries of the cult of “the politically correct”. Serious scientific and scholarly research has proved that most popular emergency “contraceptives” can cause the death of embryos. For the sake of intellectual honesty, this truth must be accepted and acknowledged. Only thus, can we take informed decisions. But even if we refuse to look at the scientific truth in the face, as humans, we ought to feel prickly pangs of conscience when terminating the joy of a new birth.

However, our modern abortionists have managed to find a way to numb conscience. The equivocation is camouflaged in the prefix “pre“:  so, they have invented pre-pregnancy, pre-fertilization, pre-embryo and even such a meaningless word as pre-life when life exists already. Therefore, it is best to stick to scientific facts and base our arguments on empirical surveys. In case of EC we must stress clarity and follow the American maxim and say, “It walks like a duck, it quacks like a duck, it is a duck”. To start with, following are a few (of the multitude) scientific definitions on the beginning of life:

The above quotations from scientific and medical sources prove that fertilization is synonymous with the very first instance of human life. So, it follows that any artefact terminating the result of fertilization is indeed an abortifacient. Therefore, whether ECs can induce abortion depends upon when a new human life begins. The scientific reality is that when a human egg and sperm unite (fertilization), the newly formed being contains the full genome in which hair and eye colour, gender and all physical characteristics are determined.

In the first hours of existence, the embryo signals the mother to lower her immune system, prompting her body mechanism to release the Early Pregnancy Factor and this protein is detectable in maternal blood as early as 24 hours after fertilization (Charlotte Lozier Institute 2014). During its journey down the fallopian tube, the fertilized egg is actively growing and dividing itself. It will implant in the uterine lining where it will continue to grow. One of the ways ECs may work is to alter the uterine lining so that a fertilized egg (the embryo) may not be able to implant and grow (Kahleborn, Stanford, Larimore 2002, Kahlenborn, Peck, Severs, 2014, Mozzanega and Cosmi 2010, Peck and Vélez 2013, Morris and van Wagenen 1973, Rabone, 1990, Stratton et al 2010, Turlock Pregnancy Center 2016).

Also, certain ECs have inferior effect on ovulation than other ECs (Brache, Cochon, Deniaud, and Croxatto, 2013). So other mechanisms of action would prevail to stop the process of life. What are these?

An interesting fact is that mifepristone, which is marketed (in various countries) as an abortion pill, is also used (at lower doses) as an EC. Mifepristone effectively kills embryos in approximately six weeks after implantation. Mifepristone is also molecularly very similar to ulipristal acetate, the active ingredient of mainstream EC. It may be taken within 120 hours (five days) of unprotected sex or contraceptive failure (such as a tear in a condom during sex)! 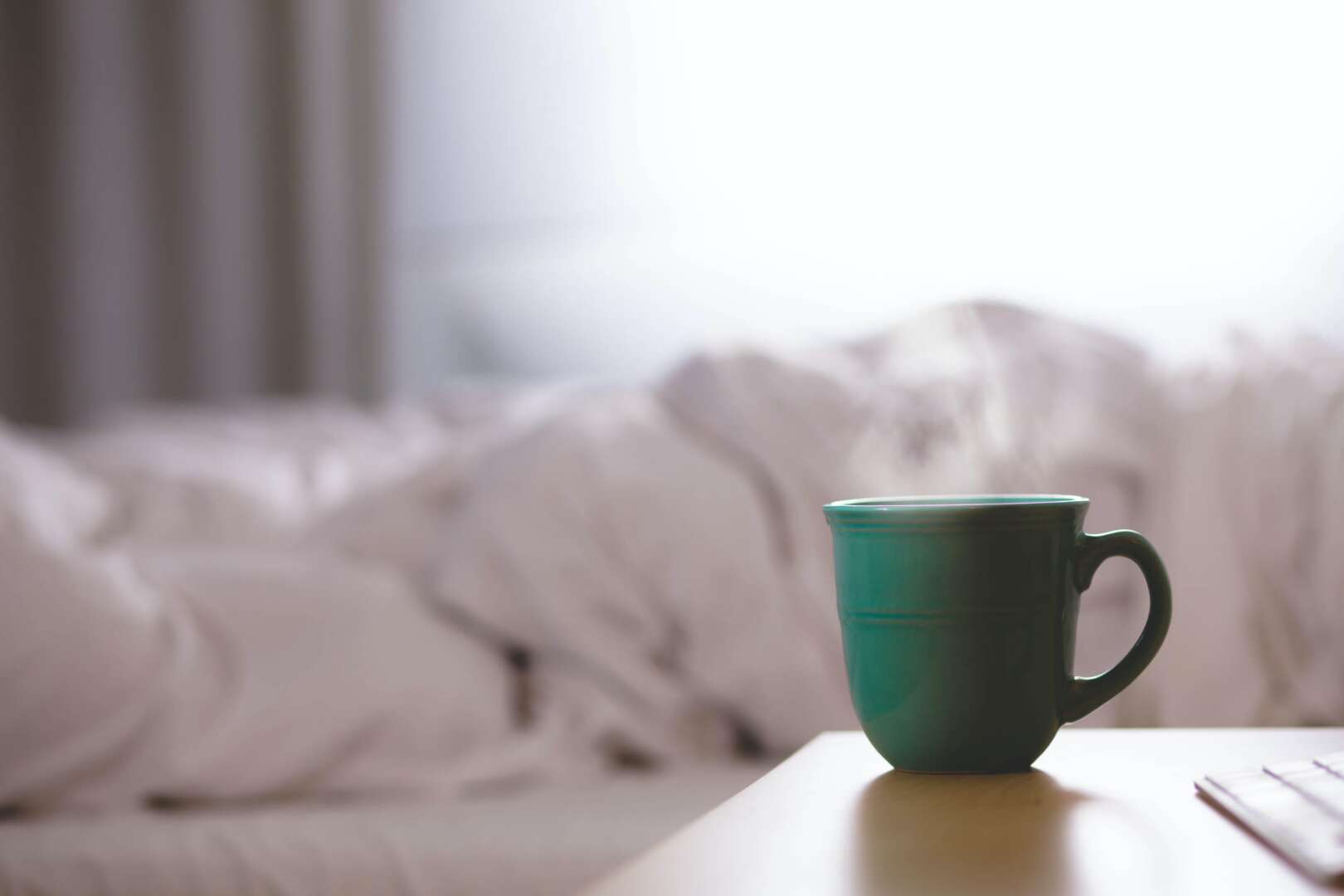 So, the term “Morning-After pill” is also a misnomer! In the 2010 study of Stratton et al mifepristone and ulipristal acetate were compared. The following is a self-explanatory excerpt. (Here, one has to keep in view that mifepristone has also an abortive effect because it causes reduction in molecular markers for implantation, progesterone action and endometrial thickness): “….either effect of CDB-2914 [ulipristal acetate], endometrial atrophy or combined proliferation (endometrial hyperplasia – tissue growth), however, may hamper implantation.

Single dose of CDB-2914 given to normal women at other times of the cycle have yielded effects similar to mifepristone’s on the endometrium, ovary and menstrual cycle.

In the luteal phase, a single 200mg mid-luteal dose of CDB-2914 caused early menses and less frequently functional luteolyses, as did 200mg of mifepristone [as an abortifacient it is marketed as 200mg tablets]. Lower amounts of mifepristone (10mg) administered twice in the mid-luteal phase induced stormal edema and delayed glandular development without changes in the cycle length. With a single late-follicular dose, luteal phase endometrial maturation was delayed in 70% of the biopsies at each dose of CDB-2914 (10, 50 and 100mg) compared with 17% in the placebo group. A delay in ovulation and suppression of estradiol levels was less frequently observed and was dose dependent. Similarly, 100mg of mifepristone administered from days 10 to 17 delayed both ovulation and endometrial maturation… In contrast to histologic dating, molecular markings of implantation and progressive action and decreased endometrial thickness were reduced by CDB-2914 in a dose dependent fashion.”

In Destroying unwanted embryos in Research: Talking Point on morality and human embryo research, Thomas Douglas and Julian Savulescu of EMBO (European Molecular Biology Organisation 2009), estimate that more than 50% of embryos die within eight weeks of conception, even if no direct actions are taken to end their lives. This vulnerability has also been unbelievably posited as a justification for considering implantation as the beginning of pregnancy, even the beginning of Life. So, here, the reasoning is that the phase following fertilization until implantation is a pre-pregnancy phase. By this reasoning even lethal experiments could be performed on pre-implantation human embryos. Yet, this fragile creature is indisputably human. His or her vulnerability should rather be a call for greater care than for annihilation (European Molecular Biology Organisation 2009). In plain language, we are aware of the vulnerability of embryos and yet, instead of striving to protect them even more, we use it as a prime justification for destroying them. But abortionists are not destroying life, it is a thing called pre-“something”. Abortionists seek excuses to terminate Life and to distort facts, they insult in their faces those parents who have lost a child, be it through a miscarriage or at a later stage in life.

I have gone into perhaps fastidious details to prove that the Morning After Pill is an abortifacient by any other name, but we are free to refuse to listen to reason and science and continue on the way to oblivion. Even at this late hour, it is not too late. All stakeholders must step forward to convince that it is both inhuman and self-defeating to terminate the unborn. Nice words can never hide ugly deeds.

This is a independent.com.mt opinion piece